What the Bible Says About Faith 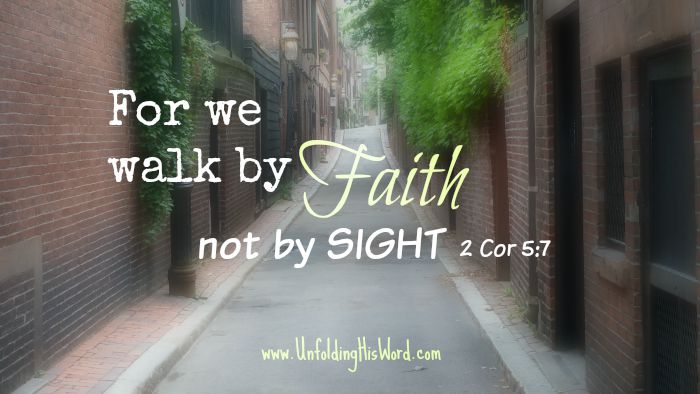 Faith doesn’t grit its teeth, shut its eyes, and block out reality. Faith is more real than that.

‘Faith’ is a word that’s now misused and twisted. ‘Faith’ today is what you try to use when the reasons are stacking up against what you think you ought to believe. Greg Koukl sums up the popular view of faith, “It’s religious wishful thinking, in which one squeezes out spiritual hope by intense acts of sheer will.

Jesus had a lot to say about the subject of faith. The list of verses below (taken from the Holman Christian Standard Bible HCSB) is not exhaustive.  To know what true faith is, read what the Bible has to say.

First, we must hear the message of Christ

My speech and my proclamation were not with persuasive words of wisdom but with a powerful demonstration by the Spirit, so that your faith might not be based on men’s wisdom but on God’s power. I Corinthians 2:4-5

Then, by faith we are saved

For we conclude that a man is justified by faith apart from the works of the law. Romans 3:28

But to the one who does not work, but believes on Him who declares the ungodly to be righteous, his faith is credited for righteousness. Romans 4:5

Therefore, since we have been declared righteous by faith, we have peace[a] with God through our Lord Jesus Christ. We have also obtained access through Him by faith into this grace in which we stand, and we rejoice in the hope of the glory of God. Romans 5:1-2

For you are saved by grace through faith, and this is not from yourselves; it is God’s gift—not from works, so that no one can boast. Ephesians 2:8-9

We are expected to demonstrate faith

If that’s how God clothes the grass of the field, which is here today and thrown into the furnace tomorrow, won’t He do much more for you—you of little faith? Matthew 6:30

He said to them, “Where is your faith?” They were fearful and amazed, asking one another, “Who can this be? He commands even the winds and the waves, and they obey Him!” Luke 8:25

Jesus promised that faith would be answered

Jesus replied to them, “Have faith in God. I assure you: If anyone says to this mountain, ‘Be lifted up and thrown into the sea,’ and does not doubt in his heart, but believes that what he says will happen, it will be done for him. Mark 11:22-23

The apostles said to the Lord, “Increase our faith.” “If you have faith the size of a mustard seed,” the Lord said, “you can say to this mulberry tree, ‘Be uprooted and planted in the sea,’ and it will obey you. Luke 17:5-6

He did not waver in unbelief at God’s promise but was strengthened in his faith and gave glory to God, because he was fully convinced that what He had promised He was also able to perform. Romans 4:20-21

But let him ask in faith without doubting. For the doubter is like the surging sea, driven and tossed by the wind.  That person should not expect to receive anything from the Lord. James 1.6-7

Our faith will be tested

Consider it a great joy, my brothers, whenever you experience various trials, knowing that the testing of your faith produces endurance. But endurance must do its complete work, so that you may be mature and complete, lacking nothing. James 1:2-4

You rejoice in this, though now for a short time you have had to struggle in various trials so that the genuineness of your faith—more valuable than gold, which perishes though refined by fire—may result in praise, glory, and honor at the revelation of Jesus Christ. You love Him, though you have not seen Him. And though not seeing Him now, you believe in Him and rejoice with inexpressible and glorious joy. I Peter 1:6-8

In every situation take the shield of faith, and with it you will be able to extinguish all the flaming arrows of the evil one. Ephesians 6.16

Our faith affects how we act

For we walk by faith, not by sight II Corinthians 5:7

Now it is clear that no one is justified before God by the law, because the righteous will live by faith. But the law is not based on faith; instead, the one who does these things will live by them. Galatians 3:11-12

For I am not ashamed of the gospel, because it is God’s power for salvation to everyone who believes, first to the Jew, and also to the Greek.  For in it God’s righteousness is revealed from faith to faith, just as it is written: The righteous will live by faith. Romans 1:16-17

In the same way faith, if it doesn’t have works, is dead by itself. But someone will say, “You have faith, and I have works.” Show me your faith without works, and I will show you faith from my works. You believe that God is one; you do well. The demons also believe—and they shudder. James 2:17-19

By faith, we have a hope and a future

Now faith is the reality of what is hoped for, the proof of what is not seen. For our ancestors won God’s approval by it. By faith we understand that the universe was created by God’s command, so that what is seen has been made from things that are not visible. Hebrews 11:1-3

Now without faith it is impossible to please God, for the one who draws near to Him must believe that He exists and rewards those who seek Him. Hebrews 11:6

Therefore, since we also have such a large cloud of witnesses surrounding us, let us lay aside every weight and the sin that so easily ensnares us. Let us run with endurance the race that lies before us, keeping our eyes on Jesus, the source and perfecter of our faith, who for the joy that lay before Him[c] endured a cross and despised the shame and has sat down at the right hand of God’s throne. Hebrews 12:1-3

Faith is not believing in the absence of evidence. From Kenneth Samples (read more here):

Thus, Christian faith, far from being arbitrary and blind, is grounded in knowledge and reason. It is the believer’s task to represent this historic faith graciously and accurately in an age of hardened skepticism.