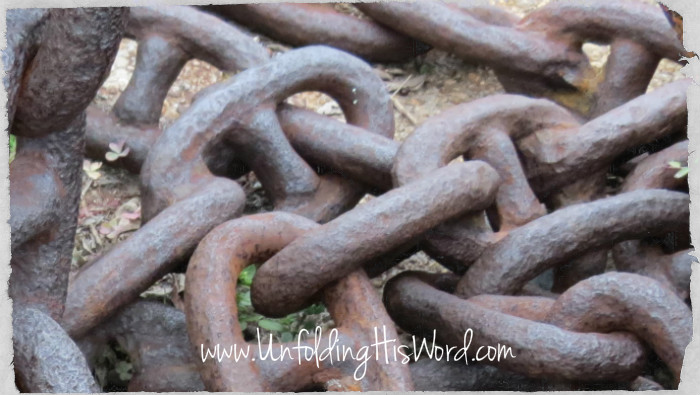 Daniel faced tremendous political pressure from the members of the king’s court. Brought to Babylon at a young age, this Jewish exile earned the reputation of a man filled with “light and understanding and excellent wisdom” (Daniel 5:14). Unfortunately, Daniel lived and worked among jealous people who wanted to see him fail, though he did nothing to deserve their ill-will. He wasn’t looking for a battle; the battle came looking for him.

Joseph faced a similar battle, not with outside political enemies, but among his own family. Though he was promised in a dream that he would one day be a ruler, the dream was crushed when his brothers sold him into slavery (Genesis 37). Despite being an honorable man, Joseph was mistreated and falsely imprisoned. His battle was a battle of betrayal and family strife. Like Daniel, Joseph’s battle was won because he trusted the Lord to fulfill his promises.

Battles come in many forms. In the Bible, we have accounts of personal crises like Joseph’s family conflict, Hannah’s barrenness (1 Samuel 1), and Hezekiah’s illness (2 Kings 20). We also have accounts of national catastrophe like warfare, famine, and exile.

We face similar battles. We may experience seasons where enemies surround us, illness overtakes us, or conflict overwhelms us. In each of those cases, we can choose to fight the wrong battles, or like Daniel and Joseph, we can rest knowing God is fighting for us.

I can easily get caught up fighting the wrong battles, especially when dealing with young adults. Traveling overseas sometimes brings out the worst in students, and I was bracing myself for a difficult and confrontational conversation with one particularly disruptive student. When I finally met with her, I started our meeting with a simple question: “Is there anything going on?”  Secretly, I was loading my guns to hit her with my expectations, when her response took me by surprise. “I am SO homesick!” she blurted. Her eyes filled with tears as she confessed how much she hated being away from home. Everyone told her that traveling would be fun, but she was miserable.

I had no idea. I interpreted her behavior one way, and I came ready for a fight. I discovered the battle was something else entirely.

The night that Jesus was betrayed, Peter fought the wrong battle too.

Then Simon Peter, having a sword, drew it and struck the high priest’s servant and cut off his right ear. (The servant’s name was Malchus.) So Jesus said to Peter, “Put your sword into its sheath; shall I not drink the cup that the Father has given me?” (John 18:10-11)

Peter thought the fight was about Jesus’ betrayal and physical safety. Jesus, however, knew that the battle was for our souls, and he understood that fighting the wrong battle meant forfeiting the real one.

Ephesians 6:12 reminds us that “we do not wrestle against flesh and blood.” In other words, the fight is not against governments or people or companies or circumstances. The real battle—the unseen battle—is our struggle in prayer:

We battle for the hearts of those around us as we fight for them in prayer, and we battle for ourselves as we bring opinions and arguments in line with the knowledge of God.

For though we walk in the flesh, we are not waging war according to the flesh. For the weapons of our warfare are not of the flesh but have divine power to destroy strongholds. We destroy arguments and every lofty opinion raised against the knowledge of God, and take every thought captive to obey Christ. (2 Corinthians 10:3-5)

Paul fought the battle for “arguments and theories and reasonings” (2 Corinthians 10:5, AMP) as he prayed for and encouraged the churches in Colossae and Laodicea:

For I want you to know how great a struggle I have for you and for those at Laodicea and for all who have not seen me face to face, that their hearts may be encouraged, being knit together in love, to reach all the riches of full assurance of understanding and the knowledge of God’s mystery, which is Christ, in whom are hidden all the treasures of wisdom and knowledge. I say this in order that no one may delude you with plausible arguments. (Colossians 2:1-4)

Winning the battle leads to a heart filled with encouragement, close relationships with other believers, and the ability to understand truth. Like Paul, we struggle for others in the unseen world.

God Fights For You

We do not fight alone. We face physical struggles that threaten our homes, families, savings, our country, and more. And the unseen battle fought by the “spiritual forces of evil” is far bigger than the visible battle.

God is fighting for us, just as he did for Daniel and Joseph. The encouragement Moses shared with the Israelites can encourage us today:

And Moses said to the people, “Fear not, stand firm, and see the salvation of the Lord, which he will work for you today. For the Egyptians whom you see today, you shall never see again. The Lord will fight for you, and you have only to be silent.” (Exodus 14:13-14)

Daniel was able to calmly enter the lion’s den because he understood that no crisis would come near him that had not already passed by his God. Joseph was able to endure battle after unfair battle because he saw that though man intended evil, “God meant it for good” (Genesis 50:20).

The same God who fought for them fights for us. Christ fought the ultimate battle when he suffered and died for our sins.

But he was pierced for our transgressions;
he was crushed for our iniquities;
upon him was the chastisement that brought us peace,
and with his wounds we are healed. (Isaiah 53:5)

Christ fought for us on the cross, and he won. His death and resurrection paid the price for our sins, and because of his wounds, we are healed. He continues to fight for us today. In our physical struggles and in the unseen world of arguments and ideas, we can answer with Romans 8:31, “What then shall we say to these things? If God is for us, who can be against us?”

This article first appeared 11/11/16 on Unlocking The Bible.